These are geometric triangulations drawn in scale over sixteen locations on the map of South America, making the connection between them. Places that are synchronized through a set of historical, cultural and mystical signs. Layout that creates a South American ecocultural itinerary that I called Paths of Parallel S15
. 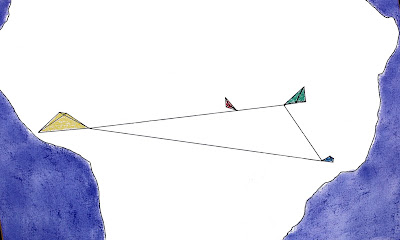 Paths of Parallel S15  -  2007 - 2015.Pastel chalk and ink on paper. Chapada dos Guimarães, MT - Fortaleza, CE. 29,7X42 cm
In 2003, I moved from Cuiabá to Chapada dos Guimarães, Mato Grosso, Midwest of Brazil. I lived in this municipality for eight years and, researching the histories and landscapes of the region, I elaborated the poetic project Paths of Parallel S15l. 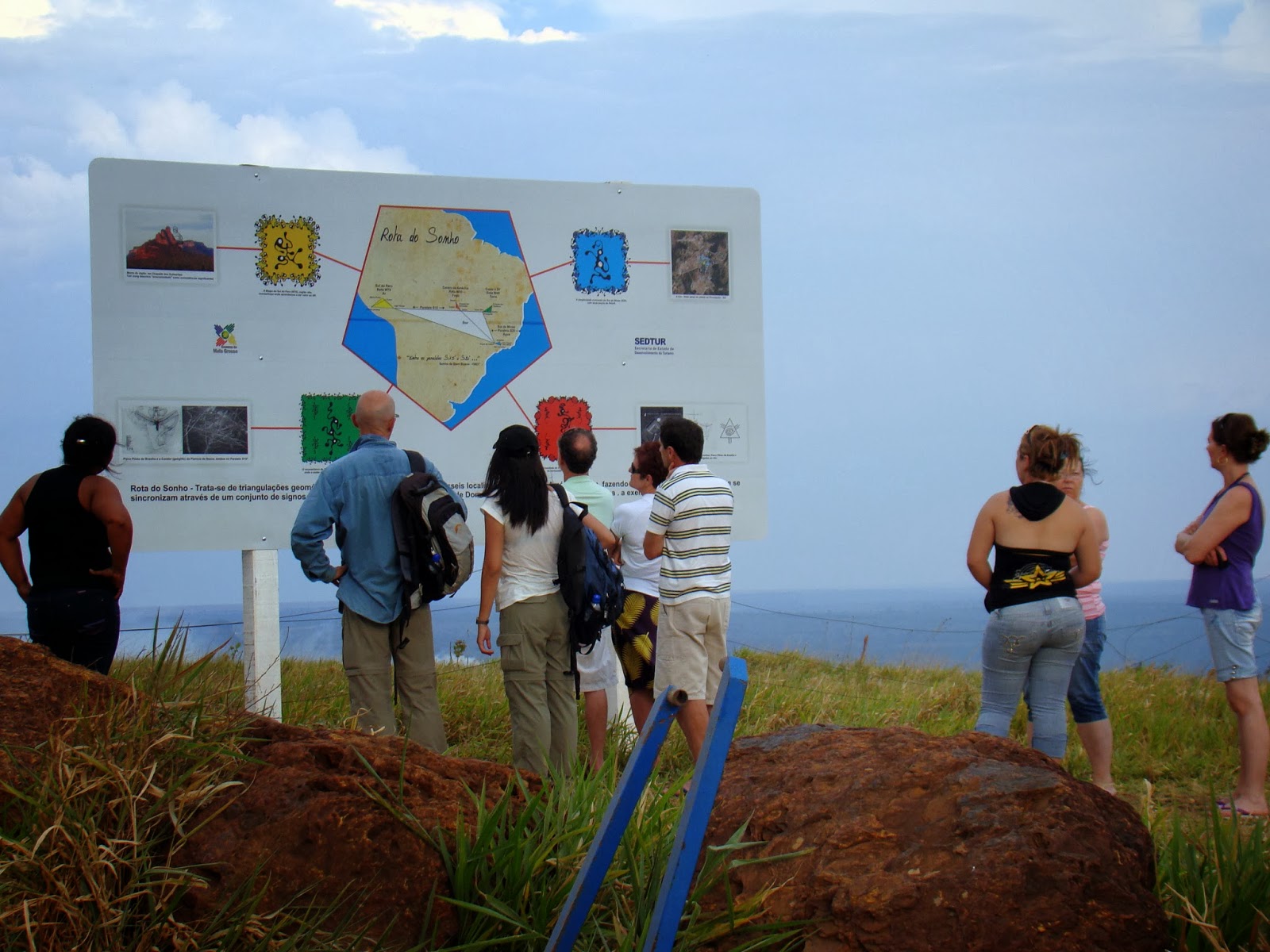 Paths of Parallel S15. 2008. Photograph of the installation made at the Lookout in the Center of South America. Chapada dos Guimarães, MT,
The layout was invented from experiences and studies that choose this poetic project. It is a work that seeks to enhance environmental and cultural heritage in the interior of the country, in the center of South America and neighboring countries, for example Bolivia and Peru.

Pilot Plan of Brasília and the Condor (geoglyph) of the Nazca Plain. Both on Parallel S15.
Places like Machu Picchu, Nazca Plain, Chapada dos Guimarães, Pantanal, Chapada dos Veadeiros, Brasília, São Thomé das Letras, Caldas Novas, among others were articulated as fields of ecological and cultural forces.
The Equator line divides the planet Earth into a southern and northern hemisphere and all imaginary lines parallel to it are numbered and indicate the North (N) or South (S) position on the world map, being used as geographical coordinates. Parallel South 15 cuts the South American continent from the Atlantic Ocean to the Pacific Ocean in its central region. On its way, it comes across cities whose environmental and cultural heritage is of great value to humanity. Among these assets are, for example: Porto Seguro, Brasília, Pirenópolis, Goiás Velho, Serra do Roncador, Chapada dos Guimarães, Cuiabá, Vila Bela da Santíssima Trindade, Lake Titicaca and the Ica region, where the Nazca lines and geoglyphs are.
The four tetrahedra of Parallel 15 South.
Based on the survey of the most visited environmental and cultural heritage of Parallel S15, I prioritized four regions that started to appear as irregular tetrahedrons. The first tetrahedron I drew was the one in the center of South America (Route W55), the second and the third were, respectively, in the region of Brasilia and the one in Southern Peru and, finally, the one in the south of the state of Minas Gerais. 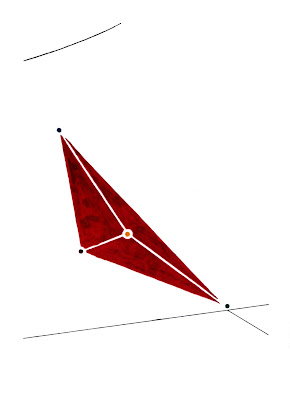 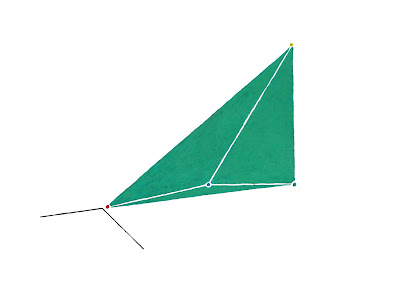 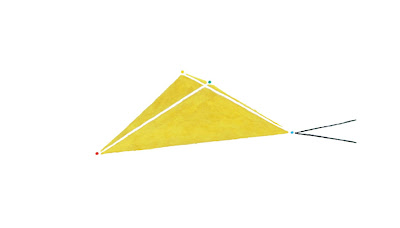 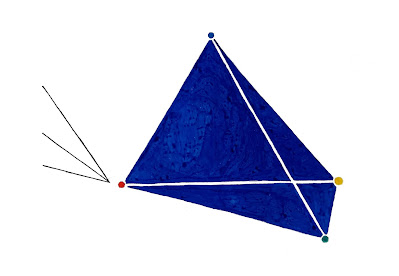 Water tetrahedron. São Thomé das Letras (Ar); Caldas Novas (Água); São Lourenço (Terra) e Poços de Caldas (Fogo). 2007 – 2020. Pastel and watercolor chalk on paper. Chapada dos Guimarães, MT - Fortaleza, CE. 29,7X42 cm.
I was able to observe what characteristics of these regions linked them to the four elements of nature - earth, fire, air and water. Within the regions, also using the tetrahedron, the logic of colors and elements is repeated for the localities. This connection led me to research the pentagram and its colors:
Green - earth element region - Brasília (power, monuments) and surroundings;
Red - region of the fire element - Cuiabá (light, heat) and surroundings;
Yellow - air element region - Cuzco and surroundings (altitude, mountains);
Blue - water element region - Caldas Novas and surroundings (warm curative waters);
White of the contiguous regions, alluding to the element ether - localities that constitute, but can also prolong the force field of the great tetrahedron formed by the lines that connect the four smaller tetrahedrons composed from the idea of ​​the four elements. I mention some of these places: Lagoa Santa de Goiás (land region); Pantanal of Mato Grosso; Salar de Uyuni the Turquoise Lagoons and the small lakes of altitude (air region); city ​​of Ouro Preto and Guapé in Minas Gerais (water region) etc.
The Parallel Paths S15 lead to the creation of an integration, an ether (ethereal) tetrahedron, formed by the four irregular tetrahedrons. 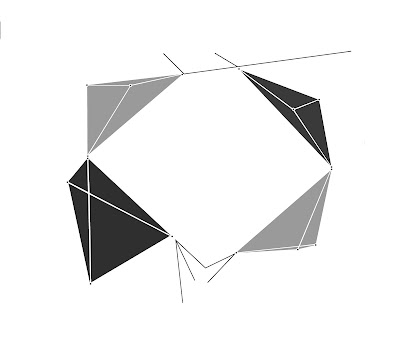 For me, these paths can be taken in the way that people's imagination and creativity allow, however, each of the four regions allows the planning of hikes of up to 200 km each. 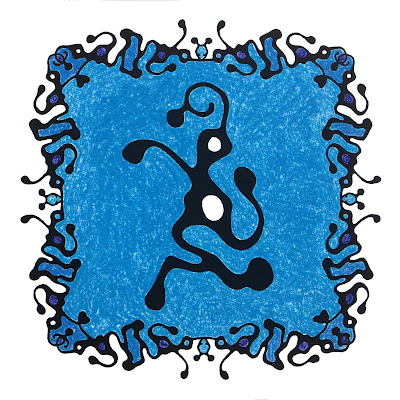 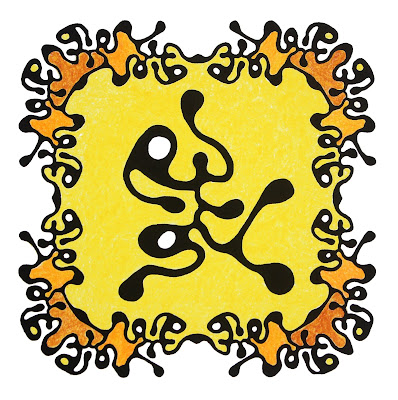 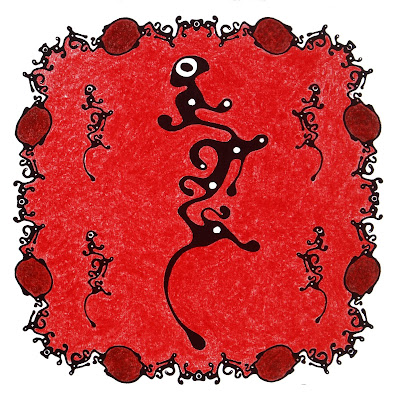 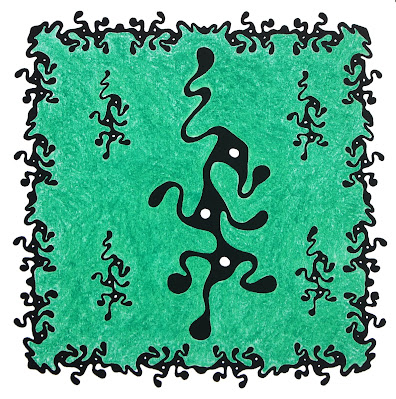 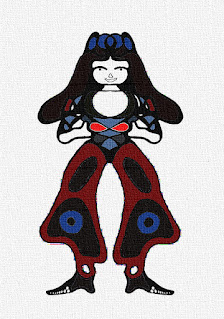 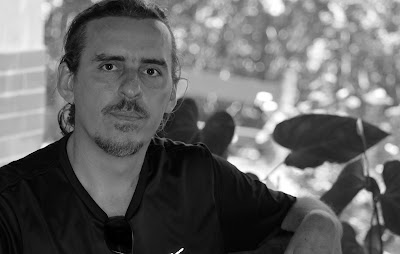 Daniel Pelegrin (1975 - Marialva, PR)  Visual artist, photographer, and researcher. With master's degree in Contemporary Culture Studies - UFMT. Currently I research the psychology of art, psychology or intelligence of forms, without ignoring neologies and contemporary trends, in this path I develop works that I call - Aisthesis of Pareidolia  - to these concepts, includes aesthetics characteristics of artistic traditions the Italian and Brazilian, the narratives of post-dictatorships in Latin America in the present time, as well as aspects of Brazilian cultures and society. The works conjugate with nature, time and chance. In continuous research of different poiesis  - techniques, themes, languages etc - I explore the territories of imagination, as well as the experimental character of art. Further information on paths traveled... Italo-Ibero-Brazilian with ancestry mainly composed of Christians of different ethnic origins and Jews - Ashkenazi. I am part of the third generation o
Leia mais 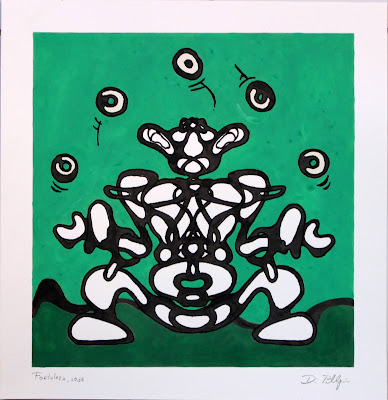